To honour all who served in Vietnam in the Australian Navy, Army and Air Force, and to remember those who gave their lives for cause, a Vietnam Commemorative Concert will be held on Sunday 21 August in Brisbane.

This one-off event will feature iconic songs and stories of the 1960-70s reflecting those heady, uncertain times of political and social change. Presented by various contemporary artists including the multi-talented greats Wickety-Wak and stand-up comic Denise Drysdale, with the 1st Regiment Royal Australian Artillery Band providing music and vocals. The event will be hosted by comic, TV and radio presenter, Terry Hansen.

Contributions by all three services during the Vietnam War will be highlighted, including the famous actions of Long Tan and Coral-Balmoral, naval gun-line actions off the coast of Vietnam and the air support throughout by the RAAF and medical staff.

Veterans, their families, friends, and general public are encouraged to attend this commemorative event, which is being supported by the Department of Veteran Affairs, RSL (Queensland Branch), Beenleigh & Districts RSL Sub Branch, the Australian War Memorial, and produced by the 6RAR Association.

To be held at the Brisbane Convention and Exhibition Centre, South Bank on Sunday 21 August at 3pm. Tickets are available through Ticketek. 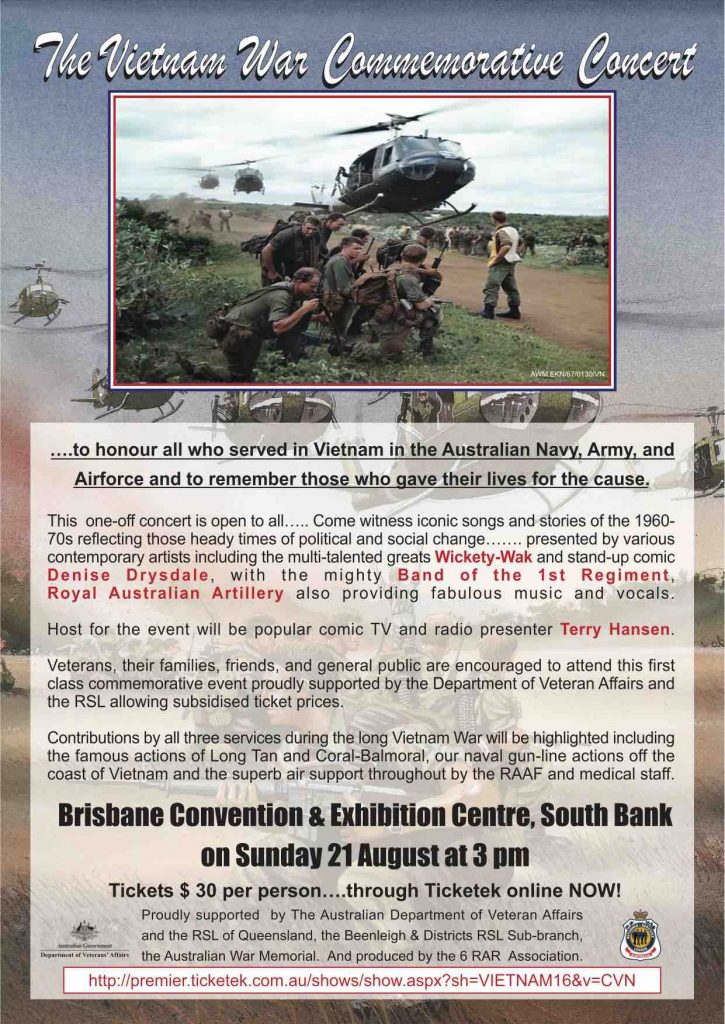